„The setting for the Contest was awesome. First there was a big step-down in front of a castle and the next big jump was built in the middle of a lake. In training I had a few problems with wind and speed, etc but in the evenning on the main event the wind was better and everthing went well. I´m really happy with the result. I had so much fun in Hungary and big thanks to Oskar Nagy for making this event possible. I´m pumped for next year!“ 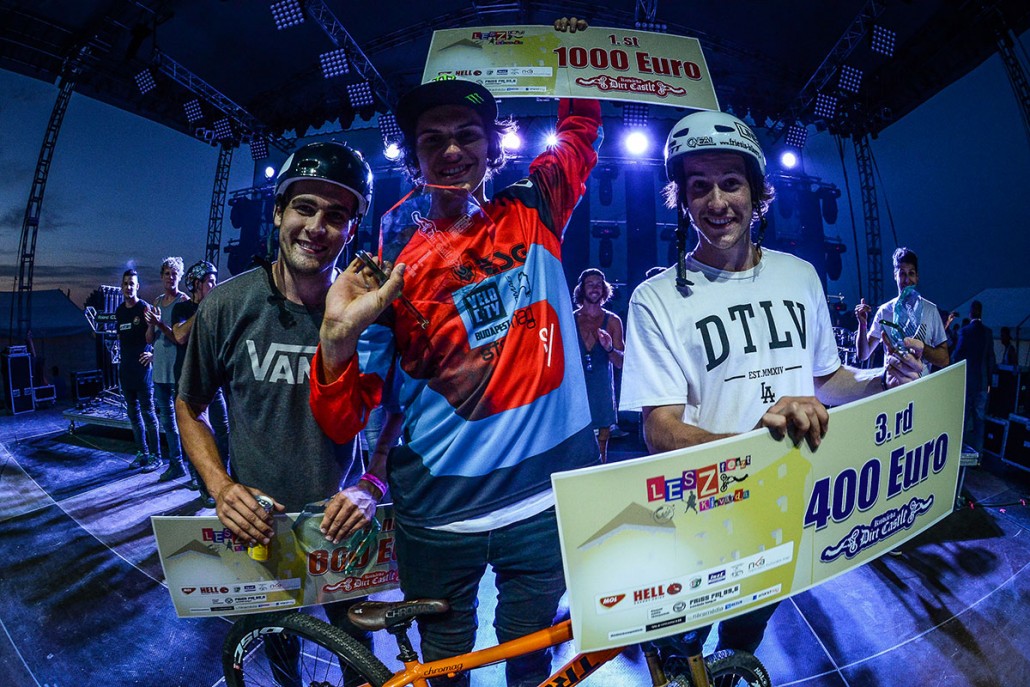 „When I first saw the course setup on visualisation from Oskar Nagy I was super stoked. Jumps were pretty big and what was the most interesting for me that the first jump was built on lake. This was something new for me. When I came to Hungary after an 8 hours’ drive we went to the course, it looked nice. There was step-down and three jumps in line. The jumps weren’t very technical but it was very hard to keep right speed for the first jump after the step-down, because the platform was super long. After some practice runs I felt quite comfortable on the course but qualies didn’t quite go as planned. The finals were much better and almost everything went as planned (except the last jump), and I was super stoked with my run ending up 6th. Could’ve been better but I had a great time in Hungary!“

„I had again a nice weekend at the Oszkar Nagy’s Dirt Castle contest, next to the Kisvarda music festival! The course was nice, weather was great and a huge crowd! We had a step-down and 3 doubles to fight it out on! I felt really comfortabel on the jumps. So reaching the final easily with a chilled run. In the final I did a first solid run. Step-down = flip, Jump 1 = flip-no-hand, Jump 2 = flip-bar, Jump 3 = 360-tail-whip. In my 2nd run I wanted to step it up, but I lost my lense after flipping the stepdown and had to quit my run. So annoying, but I still ended up 7th and had a lot of of fun!“ 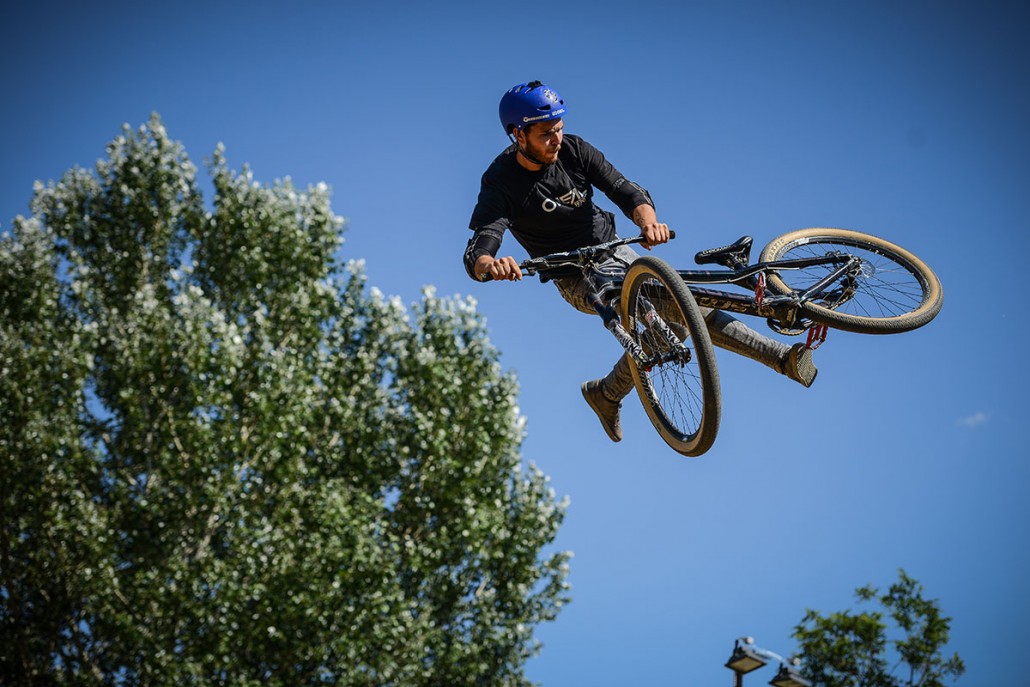